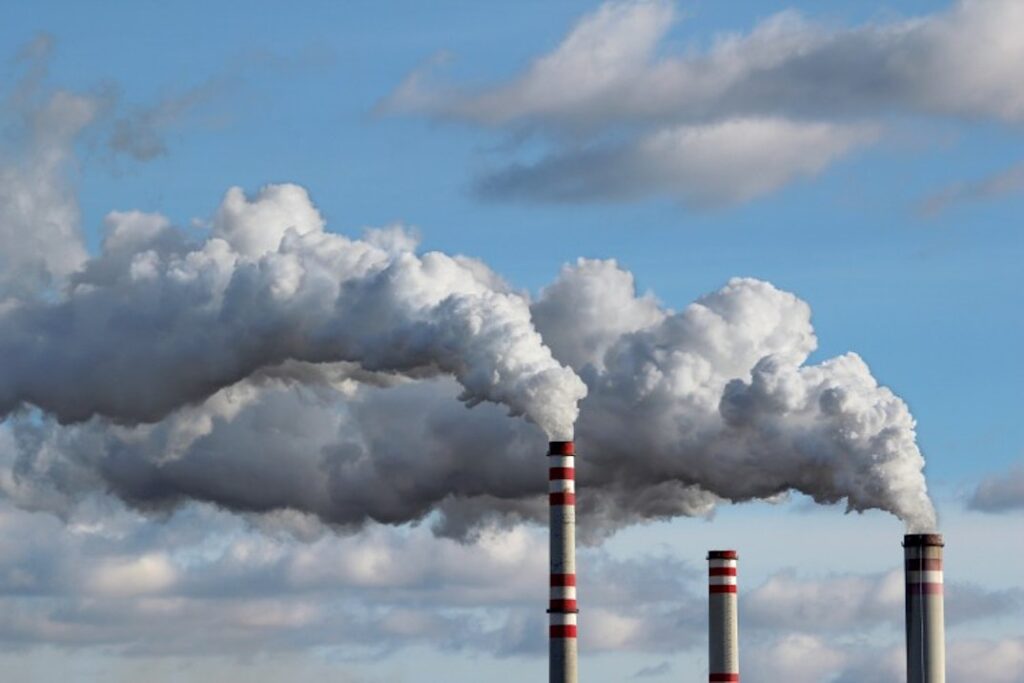 Environmental toxins are unavoidable. They are in the food we eat, the water we drink, the air we breathe, and many household items we use every day. Largely invisible, most go undetected and are harmless if exposure is limited. However, growth in industrial manufacturing, fossil fuel consumption, and chemical-intensive crop production has dramatically changed the scale and complexity of humans’ exposure to environmental toxins, which can carry health risks ranging from mild skin irritation to deadly illness.

Addressing the threat that environmental toxins pose to public health is not as simple as identifying harmful substances and eliminating them. Many of the products and processes contributing to environmental pollution are integral to modern life, and efforts to limit their use are challenged by a lack of research into their effects and by powerful economic forces.

Despite those challenges, the need to limit human exposure to toxins grows as scientists and health workers increase their understanding of the threat. The Global Alliance on Health and Pollution estimates that toxic pollutants are responsible for 15 percent of all premature deaths worldwide. Public health professionals, including those with advanced education from programs such as Tulane University’s Online Master of Public Health, are on the front line of efforts to reduce the amount of sickness and death that result from exposure to environmental toxins, providing crucial research and services, guiding public policy, and advocating for communities that face the greatest risks.

What Are Environmental Toxins?

Broadly speaking, environmental toxins are substances and organisms that negatively affect health. They include poisonous chemicals and chemical compounds, physical materials that disrupt biological processes, and organisms that cause disease. The effects of exposure to environmental toxins are countless. Major threats include carcinogens, as well as substances affecting cardiovascular, endocrine, and respiratory functions.

For some, the term “environmental toxin” evokes only man-made pollution, but naturally occurring substances can be just as harmful. Cyanobacteria (blue-green algae) are toxic to humans, as are some animal venoms, mushrooms, and molds. Arsenic, a naturally occurring element that is widely distributed in the Earth’s crust, has many practical applications; it can be found in wood preservatives, pesticides, feed additives, and materials used to make car batteries and semiconductors. Arsenic is also highly toxic. In large enough amounts, it can damage vital organs and cause death.

Though environmental toxins cannot be neatly categorized as organic or synthetic, the correlation between the increasing threat of toxins and industrialization is undeniable. Dangers associated with any given toxin are largely factors of amount and exposure, and industrial processes have fundamentally changed both. Dangerous amounts of arsenic were once limited to natural concentrations in rocks and soil, but humans now face additional risk of exposure from synthetic arsenic and arsenic waste from coal-burning power plants and mining and smelting operations.

The ubiquity of plastics and other synthetic materials, large-scale application of fertilizers and pesticides necessary for industrialized agriculture, the pharmaceutical industry as we know it — all are relatively new. These products have introduced a multitude of chemicals into the environment, and their effects on humans are incredibly complex and largely unknown.

While our understanding of the toxic effects of modern chemicals is incomplete, some of the dangers associated with industrialization are well established. The World Health Organization estimates that outdoor air pollution accounts for more than 4 million deaths annually due to stroke, heart disease, lung cancer, and chronic respiratory diseases. Major sources of air pollution include the burning of fossil fuels such as coal and oil in industrial production, the operation of motor vehicles, waste incineration, and building heating.

Challenges of Determining Exposure and Risk

The changeable nature of environmental toxins makes it difficult to establish their presence and level, much less their complex relationship with human biology. Consequently, consensus on the effects of toxins and the degree of danger they pose is rare, even inside the scientific community. Definitively establishing causal links with specific diseases can be exceedingly difficult.

Toxins in Water and Food

Exposure to toxic air, water, soil, and chemical pollution is the largest environmental cause of premature death, according to the Global Alliance on Health and Pollution. GAHP estimates environmental toxins killed 8.3 million people globally in 2017. In the U.S., fine particulate air pollution alone results in respiratory infections, lung cancer, strokes, and cardiopulmonary disease that cause an estimated 100,000 premature deaths annually, according to an analysis published in the journal Proceedings of the National Academy of Sciences (PNAS) in 2019.

The wisdom of limiting exposure to substances known or believed to cause cancer, disrupt hormone production, contribute to respiratory and cardiovascular disease, or reduce birth rates is indisputable. In practical terms, however, efforts to do so face enormous challenges:

1. Deep dependence on the materials and energy sources associated with many toxins. Plastics are a critical component of countless goods; modern pesticides and fertilizers improve crop yields for a growing population dependent on finite arable land; and fossil fuels (petroleum, natural gas, and coal) still account for the vast majority of primary energy consumption.

2. Difficulty assessing environmental impact. While overwhelming evidence exists linking many environmental toxins to specific health risks and outcomes, quantifying existing impacts and predicting potential risks is difficult. Environmental regulations are unlikely to be enacted if studies are inconclusive or contradictory.

3. Financial and political interests. Because they provide employment and generate billions of dollars in corporate and tax revenue, industries associated with many toxins can wield enormous power and enjoy wide political support.

An illustration of these forces can be found in Louisiana’s industrial corridor, an 85-mile stretch of the Mississippi River between New Orleans and Baton Rouge that is home to more than 150 chemical plants and refineries and is known as “Cancer Alley,” Louisiana. The concentration of petrochemical producers has made Louisiana a leading producer of industrial chemicals; it trails only Texas in basic chemical revenue.

Fossil fuels drive Louisiana’s economy. The state ranks fourth in natural gas production and ninth in oil production. Louisiana’s 17 oil refineries account for nearly a fifth of the nation’s refining capacity. The 25th most populous state, Louisiana ranks first in per-capita energy consumption, and industrial concerns account for nearly 70 percent of that consumption (compared to the national average of 26 percent).

Given Louisiana’s obvious benefits for petrochemical makers — abundant fuel and feedstock supplies, easy port access, relatively inexpensive land — the industry’s ascendance is not surprising. The growth has come at a price, however. Louisiana ranks fourth among states in carbon dioxide emissions and has the highest rate of toxic air releases (emissions and disposals) per square mile in the country. U.S. News & World Report’s ranking of states based on industrial pollution and associated health risks places Louisiana last, and toxic air pollution along its industrial corridor is rising, according to a recent analysis by ProPublica, The Times-Picayune, and The Advocate.

The precise health impact of Louisiana’s industrial pollution is impossible to assess, but the state has the sixth highest cancer mortality rate in the country. The high number of cancer cases reported by communities along the petrochemical corridor has earned the region the nickname “Cancer Alley.”

The Role of Public Health in Combating Environmental Toxins

While many welcome the economic benefits that come from the development of Louisiana’s industrial corridor, the growth of petrochemical facilities has also seen pushback from citizens in its neighboring communities. One such clash in the heart of Cancer Alley has garnered attention from regulators, the media, and environmental health advocates.

Many residents of LaPlace, Louisiana, an unincorporated community in St. John the Baptist Parish, blame chloroprene emissions from the local Denka Performance Elastomer plant for unusually high cancer rates in the area. Used to make neoprene, chloroprene is classified as a likely carcinogen by the Environmental Protection Agency (EPA). An analysis conducted by the agency in 2015 found that the census tract nearest to the plant had the highest airborne cancer risk in the nation.

Since 2016, local activists have worked to get emissions from the plant lowered to levels deemed safe by the EPA. Denka voluntarily installed emissions reduction technology in 2017, but the Concerned Citizens of St. John contend that air quality is still dangerously poor. The EPA, which continues to monitor air quality in the area, has not set a legally enforceable limit on how much chloroprene a plant may emit, according to ProPublica.

In 2018 a group of students from the University Network for Human Rights surveyed residents living around the plant to document cases of cancer, respiratory conditions, and other health issues. Their findings, released in 2019, concluded that cancer rates in LaPlace are well above normal, but Denka has disputed the study’s methodology. The Louisiana Department of Health has launched a study to attempt to verify reported cancer cases in the area.

Improving Public Health for All

If the long-running dispute in LaPlace illustrates some of the challenges facing health advocates, it also demonstrates the critical need for professional public health experts. Measuring the effects environmental toxins and other health threats have on communities is the first step toward creating informed policies that can shape regulations. Educating those communities about the risks they face and promoting equal access to health care addresses more immediate needs. Such efforts are particularly important for serving marginalized communities and addressing health disparities.

A study published in the journal PNAS found that Black and Hispanic communities on average bear a “pollution burden” of 56 percent and 63 percent excess exposure, respectively, relative to the exposure caused by their consumption, according to the study. Such attempts to quantify racial-ethnic disparities in pollution exposure highlight an issue well established in the public health community. The American Public Health Association estimates that five factors — location, income, education, race, and access to health care — determine as much as a 15-year difference in lifespan in the U.S.

The social and economic forces affecting environmental health in Southeastern Louisiana are not unique to that region. The needs of humans and industry often clash in poorer communities that lack strong political influence, a reality demonstrated as clearly in Flint, Michigan, as it is in LaPlace, Louisiana. The belief that no population should bear a disproportionate share of negative environmental factors due to racial or socioeconomic status is a core tenet of environmental justice advocacy and a major area of focus for public health workers. Without professionals trained to conduct scientifically rigorous studies and link findings to health impacts, disadvantaged communities will continue to face disproportionate challenges.

Learn How to Build a Career in Public Health

Working in the public, private, not-for-profit, and academic sectors, leaders trained to take on these challenges are essential to ensuring a healthy future. Find out how an Online Master of Public Health degree from Tulane University prepares students to help all communities live healthier lives.

Centers for Disease Control and Prevention, Agency for Toxic Substances and Disease Registry

Centers for Disease Control and Prevention, Cancer Mortality by State

Global Alliance on Health and Pollution, “Pollution and Health Metrics”

Johns Hopkins Center for a Livable Future, Industrialization of Agriculture

Proceedings of the National Academy of Sciences of the United States of America, “Fine-Scale Damage Estimates of Particulate Matter Air Pollution Reveal Opportunities for Location-Specific Mitigation of Emissions”

Proceedings of the National Academy of Sciences of the United States of America, “Inequity in Consumption of Goods and Services Adds to Racial–Ethnic Disparities in Air Pollution Exposure”

ProPublica, “Welcome to ‘Cancer Alley,’ Where Toxic Air Is About to Get Worse”

Union of Concerned Scientists, The Hidden Costs of Fossil Fuels