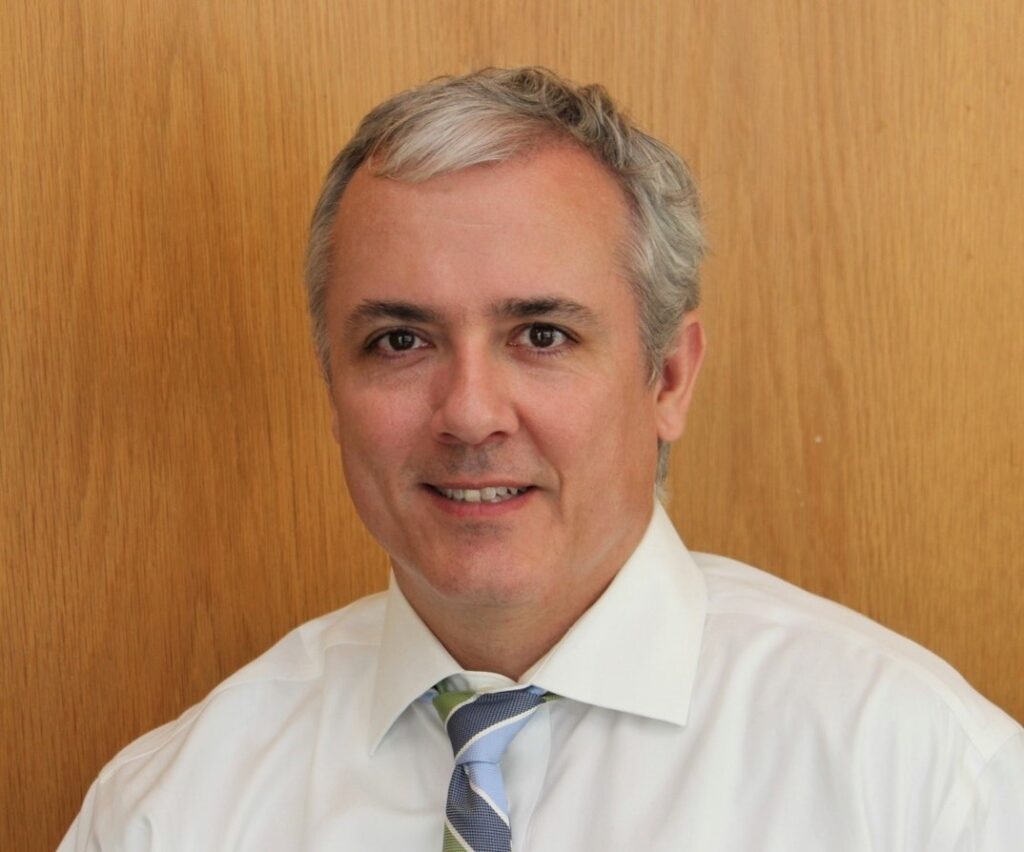 Dr. Stephen Murphy, assistant professor at Tulane University, arrived in New Orleans to pursue his master’s in public health just six weeks prior to Hurricane Katrina—a Category 5 storm (Category 3 at landfall) that cost the lives of at least 986 Louisiana residents and $125 billion in damage. For Murphy, the resulting public health catastrophe was a personal call to action that reinforced his decision to focus on public health emergency preparedness and response. The first tragic event to push him toward this path was 9/11.

“I felt a call to duty post-9/11 and shuffled my career around to make myself a legitimate candidate to study this field,” Murphy says.

Murphy went on to earn his master’s and PhD from the Tulane University School of Public Health and Tropical Medicine. In the 15 years since Hurricane Katrina, he has worked to develop and implement disaster resilience and public health emergency preparedness for New Orleans and Louisiana, as well as at the federal level. Along the way, Murphy also discovered his love for teaching, which prompted him to join the faculty at Tulane, where he currently teaches three courses: The Environmental Aspects of Disaster and Population Issues in Disaster Management at the graduate level, and Environmental Health at the undergraduate level.

“Unprecedented” describes 2020 in many ways. While the world locked down to combat a pandemic, Louisianans also experienced a hurricane season like they’d never seen before. Residents of the state knew to expect the threat of dangerous storms that summer, but they couldn’t have anticipated just what was to come.

“That June 1 date carries a lot of weight in areas that have been hard hit [by hurricanes],” Murphy says of the start of the 2020 Atlantic hurricane season. “Most of the people along the Gulf Coast still vividly remember 2005 and even other storms not named Katrina.”

In total, five named storms made landfall in Louisiana last year, keeping public health officials busy helping the population take proper safety precautions and launching an effective response—all amid a pandemic. They also had to consider the strain that experiences like these take on people’s mental health. The serial storms have led to “enhanced preparedness especially considering the extreme challenges posed by COVID-19, and increased awareness and onset of compassion fatigue and preparedness fatigue among the workforce, the population, and front-line healthcare providers,” Murphy says.

Public health agencies can’t responsibly pack hundreds of people into a crowded shelter during a pandemic. That’s why COVID-19 has forced states like Louisiana to change longstanding hurricane response tactics.

“Non-congregate sheltering strategies really come into play,” Murphy says, noting that, during recent hurricanes, people were sheltered in hotels rather than mass gathering places like community centers and arenas. Other changes to prevent the spread of the virus during a hurricane included running more evacuation buses to reduce crowding, staggering bus arrival times at evacuation points, and allowing people to shelter in place where permitted.

While evacuations became all the more difficult because of the pandemic, they were necessary for many. As Murphy says, “The threat of that 12-foot storm surge and 140-mile-an-hour wind is a whole lot more immediate than the threat of potentially getting coronavirus.”

Battling COVID-19 in New Orleans and Beyond

COVID-19 has presented a range of public health challenges for the U.S., exacerbated by an overall failure in the government’s response to the virus, which has claimed more than 530,000 American lives to date. The pandemic has also exposed health disparities afflicting Black Americans, who make up about 60 percent of the New Orleans population. Murphy blames, among other factors, a lapse in crisis communication, which is a critical component of public health and sharing lifesaving information.

“The COVID-19 pandemic moved rapidly and, for some part of it, we were learning on the fly while trying to create policy, sometimes before the science was finished telling us what that should be because we had to do something to help get in front of this,” he says by way of explaining the inconsistent and confusing messaging around coronavirus issues, such as mask wearing, how to reopen safely, or how best to avoid getting sick. “The mask wearing, even early on during the pandemic, became a blazing partisan issue due in large part to the unfortunate missteps in communication from leadership, and the lack of science and evidence leadership at the time actually leveraged to drive and develop public information, engagement, and education.”

Murphy believes successfully combating the spread of the virus requires many proactive steps, including persuading those who are vaccine hesitant to get the COVID-19 vaccine when it becomes available to them. “Trust. What a word today considering we were on the brink of near-breakdown of society in early 2021 where ‘trust’ and ‘truth’ were prime factors.”

“Trusted leadership and government have remained concerns in public health and healthcare for decades, especially in marginalized communities and minority populations,” Murphy says. “We need a more transparent effort to deliver comprehensive and on-point messaging to all of society, but especially well-crafted messages and trusted voices in these populations to achieve a more rapid level of immunity as we inch closer to herd immunity… to this specific pandemic.”

“To say we’re facing an uphill battle is an understatement,” he says of the challenge of building public confidence in a vaccine. “It’s a very steep hill.”

Murphy has an ongoing relationship with the New Orleans Office of Homeland Security & Emergency Preparedness through his tenure as planning section chief of that office, which he began while completing his master’s of public health degree in the years following Katrina.

“All the emergency plans for public health fell under me during those years,” he says. “My fingerprints are on most everything that exists today in the post-Katrina environment in the city—and some of the state as well. I was fortunate to be part of a great team and still work closely together with many of them currently in Louisiana and beyond.”

While people often associate the Department of Homeland Security (DHS) with stopping terrorist attacks and external threats, many don’t realize that it plays a major role in public health. In fact, public health and disaster response came under the auspices of the DHS when it absorbed FEMA in 2003.

“The focus on biological threats is not just your anthrax mailings like we saw in 2001; this also deals with naturally occurring [threats],” Murphy says. “And federal DHS, for example, have a focus on public health preparedness, with medical toxicologists and physicians that work in that space in the Department of Homeland Security. … While not undermining or duplicating the expertise within HHS and the National Disaster Medical System, DHS has a cadre of medical and public health experts that can be launched to a disaster scenario or assist in fortifying readiness against these threats through various initiatives”

The Centers for Disease Control and Prevention also just provided Murphy’s team with a grant to study infection control and prevention measures specifically related to COVID-19 and SARS-CoV-2.

“As you start to talk about sheltering from a hurricane in a pandemic, you better be able to monitor the health of the people in your shelter,” Murphy says. “So syndrome surveillance and ‘health checkups’ become crucial, and while those are cornerstones to public health preparedness, those are things that are also often done from a homeland security side in some jurisdictions.”

“The landscape of population protection—overarching public safety—includes public health and homeland security expertise and initiatives (among many others). Crucial to this enterprise are the coordination, collaboration, and communication pieces that help define it and span the gaps across these distinct disciplines in a manner that works.”

Murphy pulls from his experiences with the homeland security and health security enterprise, per se, to prepare his Tulane students for similar career opportunities in the field.

“We have a litany of fascinating landing spots for our students upon graduation,” Murphy says. “In the [Countering Weapons of Mass Destruction Office], one of the executive officers there is a close colleague and a former employee. He is a graduate of the program—both master’s and doctoral—and he just spoke to my class last night.”

Scientists expect climate change to lead to at least an increase in major, Category 3 or higher storms during hurricane seasons and a greater incidence of other natural disasters. Moreover, public health experts believe COVID-19 is the canary in the coal mine, presaging future global pandemics. These twin threats—along with years of underinvestment in public health—require individuals skilled in planning and mounting effective response strategies for the public health challenges to come.

These projections also highlight a continued need to better integrate environmental health and exposure sciences into overall preparedness policy and protocols—not just in response to the current pandemic but for any emergency situation going forward. The environmental effects of climate change and natural disasters such as flooding, for example, can help public health professionals better understand how pollutants or viruses may spread.

In other words, current and future public health professionals can make a major impact through their careers, especially in New Orleans. After all, the city is in an unenviable but ideal geographic location for bringing a population focus to public health threats and incidents. Tulane faculty members and public health students can play a valuable part in that effort.

Build Your Career in Public Health

Tulane University launched the first public health school in the United States in 1912, carving its path as a leader in the field. Ranked 13th in the nation, the school’s Online Master of Public Health program is designed to help working professionals build rewarding careers with specializations such as Community Health Sciences and Disaster Management. Tulane University’s unique location also provides students with real-world opportunities to study public health responses to disasters and make a lasting impact in their communities.

Learn more about how Tulane University’s Online MPH can help you pursue your career goals.

Nola.com, “This Graphic Shows Exactly Why Louisiana Is Fed Up With Hurricane Season”