Why Racism Is a Public Health Issue 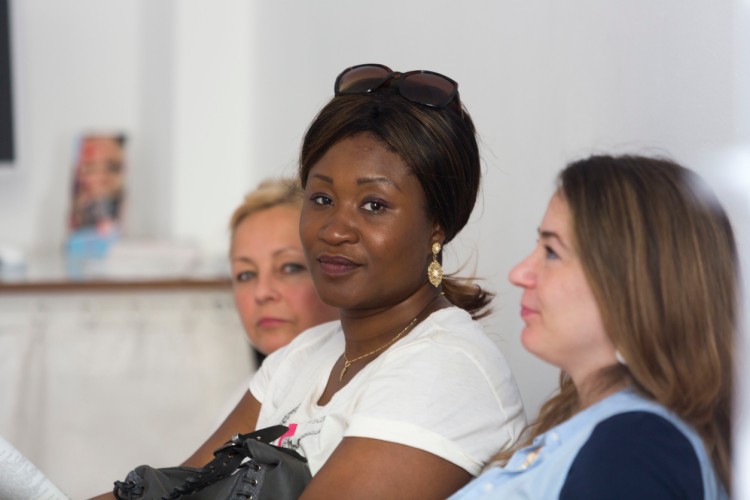 Racism limits people’s ability to attain their highest level of health. As a major cause of health inequity, racism violates a core mission of public health professionals: creating conditions that give all people the opportunity to achieve their best health.

The impact of racism on public health has not always been widely acknowledged or understood, but awareness is growing. The American Medical Association recently described racism as “an urgent threat to public health, the advancement of health equity, and a barrier to excellence in the delivery of medical care.”

Racism endangers the health and well-being of people of color and other marginalized groups and communities. Those effects are starkly apparent in the disparities in health outcomes suffered by Black Americans:

Racism takes a direct toll on people of color, causing unhealthy stress levels, feelings of powerlessness, and countless other negative impacts to mental and physical health. The accumulation of daily stressors associated with exposure to racism and discrimination can cause toxic stress beginning at an early age.

Such stress affects children’s physical, mental, and behavioral health throughout their lives, according to the American Academy of Pediatrics. Racism, discrimination, and bias also limit access to economic and social resources that influence health outcomes.

The correlation between socioeconomic adversities and poorer health outcomes is well documented. Healthy People, a health promotion and disease-prevention initiative of the U.S. Department of Health and Human Services, groups social determinants of health into five categories.

A system that assigns value to individuals based on their race puts marginalized groups at a disadvantage for the structural opportunities that support health. This could take the form of overt racism that would deny a Black person a job, or structural racism that makes a Black person more likely to be incarcerated than a white person for the same crime.

Socioeconomic disparities –– and disparities that occur along racial lines –– help explain differences in health outcomes experienced by Black Americans. However, health disparities are not simply a factor of social and economic forces:

These facts speak to the complexity and severity of the negative impact that racism has on public health. Examining ways racism affects healthcare services can shed light on this concerning issue.

Manifestations of Racism in Health Care

Instances of racism, discrimination, and bias that contribute to negative health outcomes occur on both individual and systemic levels.

Conscious and unconscious biases can lower the quality of health care that people of color and other marginalized groups receive. Unconscious biases based on race and ethnicity can readily lead to prejudicial behavior. Implicit racial bias in the health care system can affect interactions between healthcare providers and patients, treatment decisions, and ultimately patient health outcomes.

For example, unconscious negative attitudes and stereotypes based on race can affect the way that physicians and other healthcare providers communicate and interact with patients of color. It can also influence recommended treatment and pain management options.

Systemic racism refers to established institutions and practices that create and maintain racial inequity. Examples of systemic racism that impact the health of Black Americans can be found throughout society:

Harm caused by the continued legacy of slavery is immeasurable, but multiple research projects have established that current-day health disparities related to racism are rooted in the historical oppression of Black individuals and communities in America.

A study led by researchers at the University of North Carolina at Chapel Hill examined the role of implicit bias that is associated with racial disparities in life outcomes. The study found that higher rates of pro-white bias currently exist in counties and states that were more dependent on slavery. The researchers theorize that historical oppression is perpetuated through current structural inequalities, including disparities in poverty and upward mobility.

The public health legacy of the Slave South can also be seen in the disproportionate impact of the COVID-19 virus on Black Americans. Data compiled by The Pew Charitable Trust reveals striking disparities:

The Role of Public Health in Combating Racism

For example, in the case of disproportionately high pregnancy-related mortality rates suffered by Black women, the CDC notes that an average of three to four contributing factors can be identified for each pregnancy-related death.

Causes of death among Black women can reflect differences in access to care (like, access to specialist care during preconception, pregnancy, and the postpartum periods); the quality of care they receive; and the prevalence of chronic diseases such as hypertension.

The CDC also acknowledges systemic factors such as gaps in healthcare coverage and preventive care, as well as lack of coordinated health care and social services. Given the issue’s complexity, any strategies to address racial disparities in pregnancy-related deaths require coordination at the community, industry, health system and facility, patient and family, and healthcare provider levels.

Public health professionals are uniquely qualified to address racism in health care systems because they are trained to work with individuals, institutions, and communities, and to coordinate services across all of these domains.

One of the issues that perpetuates racial inequity in health care is the lack of representation for people of color in the field. Black people account for 12 percent of the U.S. population but only 5 percent of active physicians, according to the Association of American Medical Colleges.

The American Medical Association has acknowledged that “segregation and racism within the medical profession have, and continue to, profoundly impact the African American community.”

Having more doctors of color decreases the likelihood that patients of color will encounter bias. If those patients have more trust in their healthcare provider, they are more likely to follow the medical guidance they receive.

The institutions that train medical and health professionals can do their part by making cultural competency and health equity core values in their programs. Schools of public health have led efforts to raise awareness about racism as a public health issue, and many health and medical schools now include the concept of implicit bias in their curricula.

These steps can help new practitioners recognize and address their own biases. By doing so, schools can develop healthcare providers who practice and promote equitable care.

Advocating for Equity in Public Health

Ranked No. 13 among public health schools in the U.S., Tulane’s School of Public Health and Tropical Medicine offers an Online Master of Public Health (MPH) in Community Health Sciences degree, and multiple online graduate options in the area of environmental health sciences:

What Is Environmental Justice? An Introduction to Fair Treatment

American Heart Association, “Why Are Black Women at Such High Risk of Dying from Pregnancy Complications?”

Association of American Medical Colleges, “How We Fail Black Patients in Pain”

Center for American Progress, “Fighting Systemic Racism in K-12 Education: Helping Allies Move from the Keyboard to the School Board”

Center for American Progress, Health Disparities by Race and Ethnicity

Centers for Disease Control and Prevention, COVID-19 Hospitalization and Death by Race/Ethnicity

Healthline, “Healthy Food Is a Right for Black People, Not a Privilege”

NPR, “A 'Forgotten History' of How the U.S. Government Segregated America”

Pediatrics, “The Impact of Racism on Child and Adolescent Health”

Proceedings of the National Academy of Sciences, “Historical Roots of Implicit Bias in Slavery”

Proceedings of the National Academy of Sciences, “Risk of Being Killed by Police Use of Force in the United States by Age, Race–Ethnicity, and Sex”

Social Science & Medicine, “Racial Disparities in Health Among Nonpoor African Americans and Hispanics: The Role of Acute and Chronic Discrimination”

SSM ––Population Health, “The Legacy of Slavery and Contemporary Declines in Heart Disease Mortality in the U.S. South”