Home / Blog / What Does a Toxicologist Do?

What Does a Toxicologist Do? 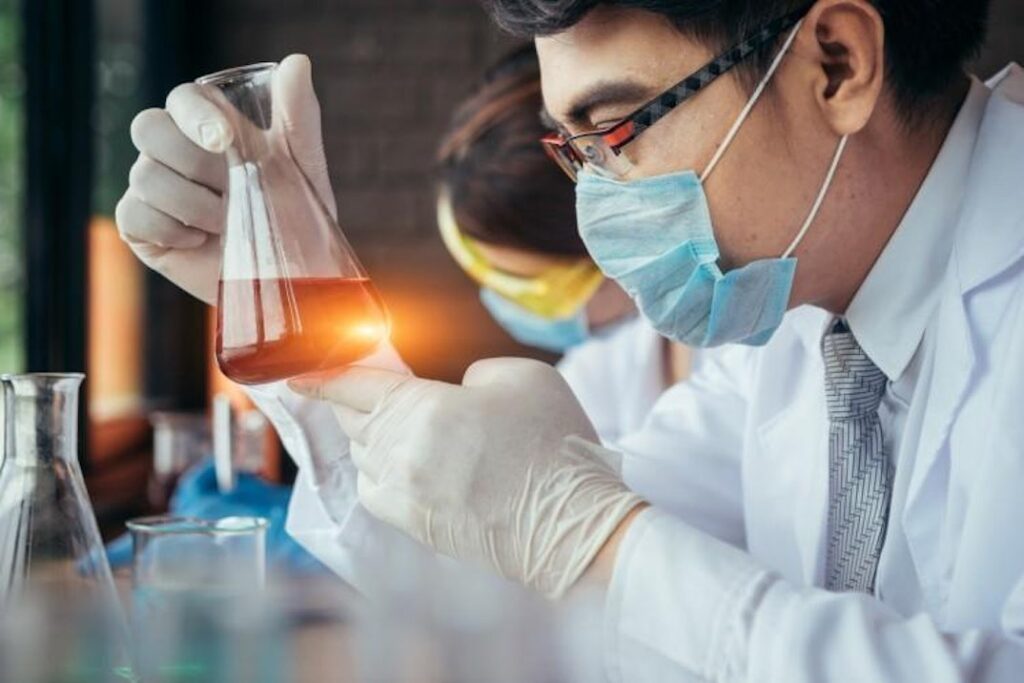 How much chlorine can drinking water contain before it makes people sick? Can trace amounts of metals in food affect a child’s brain development? At what point can exposure to paint fumes cause long-term damage to a person’s lungs?

Unseen chemical hazards pervade the world, ranging from naturally occurring toxins, like snake venom, to synthetic toxicants, like dioxins that are byproducts of industrial processes such as burning. Toxicologists identify, report on, and assess the risks of these invisible agents.

In essence, what does a toxicologist do to keep our world safe from chemical hazards of all kinds? Simply put, toxicologists research the positive or negative effects of exposure to chemicals and other substances. They conduct safety testing (determining hazardous effects) and efficacy testing (determining beneficial effects) of chemical agents, investigating how chemicals affect a system’s functionality either positively or negatively. Their ultimate aim? Safeguarding the health and well-being of people, animals, and the environment.

What a toxicologist does involves:

Toxicologists use their knowledge of the sciences, including biology, chemistry, medicine, and environmental science, to find out how chemicals and substances affect living systems. Their work helps guide policymakers’ decisions regarding public health, occupational safety, and environmental protection.

Regulatory agencies and private industries rely on the invaluable information toxicologists provide. Toxicology helps by providing an evidence base for policies that control chemicals and substances, preventing disease and protecting health.

For example, toxicology research about the relationship between cancer and the ingestion of certain chemicals may influence safety regulations for food production. Similarly, studies of groundwater contamination by agricultural waste may influence rules about pesticide use.

In 2014, California applied National Toxicology Program (NTP) findings about hexavalent chromium ingestion to implement stricter drinking water standards. By setting a lower limit on acceptable levels of this known carcinogen, the state’s goal was to reduce residents’ exposure, depending on water sources’ successful compliance with the stricter rule.

Toxicology delivers other benefits to society as well, including:

Toxicologists’ responsibilities center on evaluating certain substances’ risks and benefits, as well as finding strategies for managing the risks.

Toxicologists collect samples of potentially hazardous substances and test them. They determine what makes people or animals more susceptible to the substances’ damaging effects. For instance, people’s ages or developmental stages can make them more vulnerable to chemical hazards. Toxicologists figure out how different dosage levels affect people depending on their age, weight, and so on.

Toxicologists may also perform experiments that test a collected substance’s effect on living tissues. This could involve applying cosmetics to skin to test for any negative effects, or testing chemicals on isolated cells.

Toxicologists conduct research that explores chemical agents’ properties. They analyze cellular and biochemical reactions to identify harmful compounds. Then they search for treatments.

They also conduct research to determine safe levels of exposure to substances ranging from exhaust fumes to vitamins to pesticides. After all, many common substances are perfectly safe within certain limits, yet everything has the potential for toxicity. Seemingly safe substances in excessive amounts can have severe consequences for living creatures, including deformities, respiratory conditions, reproductive issues, and compromised immune systems. As an example, marathon athletes have died from drinking too much water because it diluted key minerals in their bodies to fatal levels..

Those interested in a toxicology career can explore specific areas of toxicology, including:

Forensic toxicology determines the presence in a person’s body of substances such as drugs, alcohol, or poison to establish whether they:

Forensic toxicology also helps determine if people who are supposed to be following parole guidelines or other rules against drug use have evidence of prohibited substances in their bodies.

They often work alongside law enforcement, clinicians, and crime-scene investigators to answer such questions as:

Forensic toxicologists apply chemical and other types of analysis to identify toxins in the specimens they collect, including these techniques:

How do different substances and toxic agents enter the body? Once inside, how does the body process them? Toxicokinetics explores these questions and more.

Toxicokinetics helps determine the safety of pharmaceuticals and the levels at which they become toxic. Toxicokinetics also serves as a tool for assessing the health risks of chemical compounds. Toxicokinetics considers four processes:

A substance’s properties determine how fast the body absorbs it. Understanding how substances are absorbed allows toxicologists to determine when to test for them and how.

After absorbing a substance, the body distributes it through the blood to the organs. Toxicologists determine which biological specimen to collect and test. Though blood tests typically reveal toxic exposure, that is not always the case.

Some poisons move through the blood so quickly that blood tests may not detect them, some don’t enter into systemic circulation. Toxicologists apply toxicokinetic principles so as to understand the chemical concentrations at specific sites within to body in order to deliver accurate doses to target tissues.

Bodies metabolize, or transform, the substances they absorb into new chemicals known as metabolites. Often the body breaks down exogenous chemicals into one or more metabolites. Because of this, toxicologists often must test for specific metabolites to ensure they don’t underestimate actual exposures.

After metabolizing substances, the body excretes some of them through urine or feces. Examining such excretions allows toxicologists to detect toxins before they are no longer detectable. Other chemicals, such as PCBs, are not excreted by sequestered in the body for long periods of time.

The history of lead exposure is a case in point. For centuries, people have known the dangers of lead poisoning. However, many industries continued to produce leaded gasoline, leaded paint, and other products containing lead. Children exposed to toxic levels of lead are in particular danger of cognitive and developmental impairment.

According to the New York Times, during the early months of the COVID-19 pandemic, some 10,000 children with elevated lead levels in their bloodstreams went untreated because their families had to postpone blood tests due to lockdowns. This highlights the importance of continued research regarding the dangers of toxins, the ways people are exposed to them, and the measures needed to protect people from them.

These are today’s toxicologists’ mandates.

Protect Human Health and the Planet Leveraging Your Scientific Expertise

How important is what a toxicologist does? In short, it is crucial to our health and well-being. Toxicologists help develop safer medicines and products. They determine toxic exposure risks and help develop treatments for exposure. They monitor the safety of our food and water.

Explore how Tulane University’s Online Master of Science in Public Health in Industrial Hygiene prepares graduates to protect people’s health and the planet by leveraging their scientific expertise.

Chron, “What Are the Duties of a Toxicologist?”

Nuventra, “What Is Toxicokinetics (TK)?”

The New York Times, “More Childhood Lead Poisoning Is a Side Effect of Covid Lockdowns”

Society of Toxicology, Becoming a Toxicologist

Study.com, What Is Toxicokinetics? — Definition & Principles